Note: This article is an opinionated piece and not to be construed as financial advice. See end of article for further disclaimers.

Bitcoin was the very first mainstream cryptocurrency to utilize blockchain technology, initially published in a whitepaper by Satoshi Nakamoto in 2008. Since the genesis block and first coins were mined in 2009, many other alternative coins (altcoins) have been created, but have paled in comparison to the global recognition and success that Bitcoin has received thus far. As of June 2019, the market cap for Bitcoin hovers above $200B, while the next largest cap coin — Ethereum — comes in at only $30B.

I have been following Bitcoin since 2011 when I was able to mine via my laptop’s CPU. I found the ability to generate and verify the proof of a digital currency through my computer fascinating and innovative. Fast forward to 2019, I hold several different cryptocurrencies within my personal portfolio, but I am most bullish for Bitcoin’s potential moving into 2020. My target price for end of 2020 will be $35K for BTC.

Because of its decentralized nature, no single entity can control BTC, however, there are many key influencers and contributors to the BTC ecosystem.

Often the unsung heroes, the Bitcoin developers are an integral part of providing value to Bitcoin. Cryptocurrencies are a unique and innovative synergy between computer programming and finance, i.e. programmable money. In early 2009 the source code for the Bitcoin project was simply comprised of files hosted on SourceForge. The early developers would email code changes back and forth between themselves and Satoshi Nakamoto. Towards the end of 2013, the Bitcoin project was renamed to the Bitcoin Core. Currently, there are over 300 Bitcoin Core developers, as seen from the official Bitcoin.org website.

In comparison, many projects that have been abandoned by developers are those that have been forked from main coins (for ex. Bitcoin Cash). Dogecoin has had no developers for several months; Litecoin decreased from 40 monthly developers to 3 developers in the last year, and forks like Bitcoin Diamond or Gold have fewer than 5 developers a month since October 2018.

The miners are the foundation for the Proof of Work (PoW) system that the Bitcoin blockchain thrives upon. Combined with the finite supply of BTC, mining has proven to be a lucrative investment strategy to accumulate BTC. Currently, the largest mining pools are run by BTC.com, Bitmain’s Antpool, F2Pool, BTC.TOP, and SlushPool (the first mining pool in 2011). On average, 144 blocks per day are mined, with 12.5BTC per block, that comes to about 1800 BTC per day. That’s almost $15M USD generated per day in value at the recent price of $10K per BTC.

With approximately 80% of Bitcoin’s total supply already mined, and the difficulty of mining BTC increasing, we will see significant price action to the run-up of BTC’s halving coming May 2020. When Bitcoin’s halving occurs, the block reward from 12.5 BTC will drop to 6.25 BTC. This means each block created by miners will be rewarded half of what they were rewarded for the last 4 years. A key advantage of Bitcoin is the transparency and programmatic monetary policy that is built into Bitcoin’s protocol.

After May 2020, the total BTC mined per day will drop to 900BTC, resulting in an annual decrease from approximately 3.70% to 1.79%. It is interesting to note that the inflation rate for last year in the United States was 1.9%, and the US dollar is not a fixed supply asset, whereas Bitcoin is. Due to this fixed supply, basic economic principles dictate that while demand is still apparent, the price should increase.

The majority of Bitcoin’s growth in the past has occurred post halving.

As you can see in the charts below, after a sharp correction to the downside of 80–90%, we are continued with monumental gains resulting in new all-time highs. Looking at historical patterns:

Interestingly, the scale on the Y-axis goes up by a magnitude or two after each decline.

The minimum increase between the bear and bull periods is approximately 2200%, while the median (ignoring the first bull run) would put that return closer to 8600%. I do not believe we will see the 8000% or greater magnitude of gains in Bitcoin moving towards the near future, as even a 2000% increase would result in Bitcoin being priced at $68K, if compared to the $3K bottom price of 2018. Generally speaking, early adopters get higher returns while later stage adopters receive less, and Bitcoin has been around for 10 years now. Thus, while we have not reached late-stage adoption just yet, it would be safe to assume the early adopter stage has been passed for this particular cryptocurrency for the time horizon of 2020.

If we compare Bitcoin with companies in the “Dot Com Era” we notice one in particular which has also stood the test of time. Amazon had lost significant value when the dot-com “bubble” burst, although today it stands as the world’s largest online retailer by market cap. Amazon may be one of the best companies of all time, and yet its stock price was down 95% for more than two years.

Bitcoin’s regulatory stance in the USA is still controversial and not consistent amongst Federal and State levels. Although legal to purchase, according to the 2013 guidelines from the Financial Crimes Enforcement Network (FinCEN), the trading and mining of Bitcoin would be subject to Anti-Money Laundering (AML) and Know Your Customer (KYC) laws that are used amongst money transmitter services.

Although SEC Chairman Clayton acknowledged that Bitcoin was not considered a security in a congressional hearing, concrete governance has not yet been confirmed by US regulators. The US Commodity Futures Trading Commission (CFTC) views Bitcoin as a commodity rather than a security, albeit it does not provide regulation, the CFTC plays a pivotal role in the futures trading market for Bitcoin.

Based on my research, Bitcoin will most likely not be considered a security at a federal level in the future. Bitcoin does not pass the Howey test for a security, mainly because it did not raise money from investors, unlike many other virtual currencies through Initial Coin Offerings (ICOs).

Adoption is the main driver of success towards any cryptocurrency or investment. The more people use it, the more value it has, and thus value is correlated with price. From an investor standpoint regulatory clarity, more fiat on ramps worldwide, ease of use in terms of UI/UX, and institutional investments entering the space are all positive signs to look for in the next 12 months.

Several major US exchanges such as Coinbase, Kraken, and Gemini are leading the way to work with authorities on compliant solutions for retail and institutional investors. It is becoming increasingly easier to purchase Bitcoin through a variety of payment methods. These exchanges also partner with traditional payment processors such as PayPal to bridge the gap between fiat and crypto. Coinbase and Binance have educational material and programs to make it easier to understand Bitcoin, cryptocurrency, and blockchain and its benefits towards financial and technological innovation.

The parent company of the NYSE will begin testing its Bitcoin futures trading platform called Bakkt this July. This platform will use physically settled Bitcoin for its contracts rather than volatile derivatives. Along with its custody platform, this will drive greater incentive for traditional institutional money to enter the market. Liquidity is an important factor for institutions, and Bitcoin currently has the highest market cap of any cryptocurrency at approximately $200B (June 2019).

With any investment, there are always risks associated that can result in either great gain or loss. Bitcoin is an early stage innovation, therefore it can be considered to have some fundamental, technical, or user complexity downsides such as:

While the first two are more a consumer’s issue with Bitcoin and not fundamentally a flaw, the complexity could drive down adoption to the masses and stall growth. While still unlikely given Bitcoin’s history, the last two options referring to a 51% attack or being replaced by a different coin are the most probable in the event Bitcoin fails.

Bitcoin’s value is derived from the collective peers that use, trade, and speculate its worth on the market. Fundamentally, there are faster and better alternatives to Bitcoin as a mode of payment and a blockchain. There are several multi-billion dollar coins that boast higher transaction speed and better consensus models than Bitcoin’s Proof of Work (PoW), which is heavily dependent on miners who draw energy and resources to verify computations on the blockchain. However, none of the alternative coins have the history, market share, and brand name that Bitcoin commands.

A 51% attack is an attack on the blockchain itself, and is not unique to Bitcoin. However, it is still a hypothetical event, and was more of a concern in the earlier days of Bitcoin, when one party could more easily accumulate Bitcoin network power with fewer resources needed than today.

While Bitcoin is a volatile and still nascent asset class, the upside benefits outweigh the downside risk in investing in this cryptocurrency. Bitcoin has consistently outperformed the Dow, S&P 500, and gold in the last decade. With more regulatory clarity coming from lawmakers, as well as more transparency with crypto exchanges, the risk of owning Bitcoin diminishes every day as Bitcoin continues to grow. Based on our analysis above, and in combination with a bullish market starting along with the halving in 2020, I believe Bitcoin will be conservatively worth near $35K by year’s end 2020.

The information contained or attached herein is not intended to provide, and should not be relied upon for, accounting, legal or tax advice or investment recommendations. This post is for informational purposes only and does not constitute an offer to sell, or the solicitation of an offer to buy, any security, product, service of Quantum Labs as well as any Quantum Labs fund, whether an existing or contemplated fund, for which an offer can be made only by such fund’s Confidential Private Placement Memorandum and in compliance with applicable law. Past performance is not indicative nor a guarantee of future returns. Please consult your own independent advisors. All information is intended only for the named recipient(s) above and is covered by the Electronic Communications Privacy Act 18 U.S.C. Section 2510-2521. This post is confidential and may contain information that is privileged or exempt from disclosure under applicable law. This is only an opinion piece and not investment advice. You should always do your own research. Neither Quantum Labs nor I are liable for any loss caused, whether due to negligence or otherwise arising from the use of, or reliance on, the information provided directly or indirectly, by use of this content. Quantum Labs owns Bitcoin as an investment. 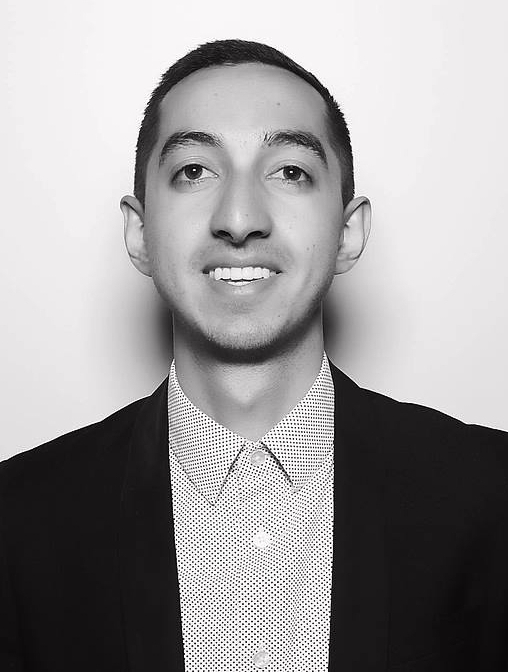